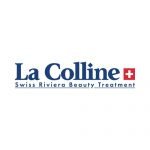 Most men simply cleanse their facial skin using soap and 3-in-1 shower gels, you know the ones that you can use as a shampoo, a body wash and a facial cleanser?

Although these can be more convenient and would help to remove dirt to some extent, it may clean their skin’s first layer but these products would surely leave the layers of skins below clogged and dry. Similar to women, it is as important for men to make sure that they take care of their skin especially around the face area as much as their female counterparts do as men have skin just as sensitive as women’s.

Failure to properly take care of the skin, especially around the face and neck area could lead to a lot of skin problems in the future such as excess oil production which can turn into the dreaded white and blackheads, and even pimples which can be really hard to remove for some people. Such unsightly blemishes may not only be troublesome to some men to some extent but can really bring with it long-term pore impurities build up.

That is why it is highly recommended by dermatologists that men should also get into a skin care regimen to prevent the aforementioned skin problems that might occur if they don’t take care of their skin properly. It would be best to start by finding a cleanser to not only remove oil but also deep cleanses to remove dirt and other impurities trapped beneath the face skin and the La Colline Swiss Riviera Cellular Cleansing & Exfoliating Gel for men does exactly just that, and more. The La Colline Cellular Cleansing & Exfoliating Gel for men perfectly adapt to men’s specific skin needs. This means that the La Colline Cellular Cleansing & Exfoliating Gel for men, a 2-in-1 gel cleanser, does not only freshens but also cleanses and exfoliates the skin, penetrating deep into the pores to eliminate skin impurities unlike any other facial cleanser for men.

The La Colline Cellular Cleansing & Exfoliating Gel for men is mechanically and biologically formulated to gently exfoliate men’s skin to eliminate excess oil or sebum, and dead skin cells leaving one’s skin not only purified but also oxygenated and detoxified, making men’s face looking clear and fresh all the time.

One of the key components of the cleansing and exfoliation gel is the CMAge technology or CMAge complex, which is the exact thing that they use on their products specially made for females. However, the CMAge complex for this particular cleanser is strategically and mechanically formulated to be perfectly suitable for men’s skin.

That being said, the La Colline Cellular Cleansing & Exfoliating Gel for men is not your typical cleanser facial cleanser for men. Apart from its deep-pore cleansing and exfoliating factor, it is also guaranteed to be anti-aging due to the CMAge complex or the CMAge technology. This particular technology is specifically designed to vitalize cellular metabolism which repairs the skin as it cleanses.

Cellular Cleansing & Exfoliating Gel for men is also packed with Micro Particles to not only gently exfoliate the epidermis but to also cleanse deeply into the pores where it is often not reached by any other regular facial cleanser.

Apart from that, cleansing and exfoliating gel for men also has Salicylic Acid which is also known as acne’s archnemesis. That being said, La Colline Cellular Cleansing & Exfoliating Gel for men is specially formulated to not only eliminate sebum but also prevents it from resurfacing in greater volume further preventing the development of pimples.

To achieve optimal results, you must not only use it daily, but it should be twice a day, morning and evening before shaving. It should be also constantly and consistently. Doing so will help in always keeping the skin fresh and clean.

When using this product, one must take note of the following directions in using the cleanser to maximize its effects. First, only squeeze out a nut-sized amount of the cleansing gel on the palm to be applied to a damp face and neck. Then lather it in a circular motion to help the components get in the places where it needs to cleanse impurities and sebum. Doing so will not only help the blood circulation around the face and neck area but will also help boost the microparticles and the salicylic acid to work better. Lastly, rinse the face and neck area well with water. Make sure that no foamy residue is left on the skin, then gently pat dry the said areas with a fresh and clean towel.

Men must also take care of their skin. Gone were the days when men skincare is such a taboo topic. Today, it has become one of the norms and it should continue to be that way. Just like women, men also need to constant care and attention to their skin to keep it as healthy as possible. It is not just about the appearance, but also the overall skin health. Men deserve great skincare products in the market as well. Thankfully, La Colline Cellular Cleansing & Exfoliating Gel has become a great solution to this problem. Make this an addition to your skincare routine to get that man face thoroughly cleansed!

There are no reviews yet.

What are you looking for?

This website uses cookies to improve your experience while you navigate through the website. Out of these cookies, the cookies that are categorized as necessary are stored on your browser as they are essential for the working of basic functionalities of the website. We also use third-party cookies that help us analyze and understand how you use this website. These cookies will be stored in your browser only with your consent. You also have the option to opt-out of these cookies. But opting out of some of these cookies may have an effect on your browsing experience.
Necessary Always Enabled
Necessary cookies are absolutely essential for the website to function properly. This category only includes cookies that ensures basic functionalities and security features of the website. These cookies do not store any personal information.
Non-necessary
Any cookies that may not be particularly necessary for the website to function and is used specifically to collect user personal data via analytics, ads, other embedded contents are termed as non-necessary cookies. It is mandatory to procure user consent prior to running these cookies on your website.
SAVE & ACCEPT
error: Content is protected !!